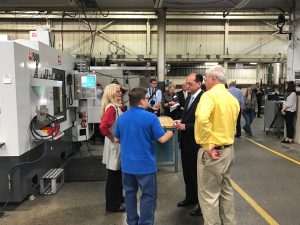 Last year was quite successful for American manufacturing. The National Association of Manufacturers (NAM) Fourth Quarter survey from December of 2017 confirms it.

94.6% of those surveyed in December said they were positive about their company’s outlook. It was only 89.8% in September.

Confidence was only 56.6% in Q1 of 2016. According to NAM, companies expect their production to increase 5%, with an anticipated 5.2% growth in sales, and an expected 2.2% increase to employee wages.

58.7% feel American manufacturing is heading in the right direction. Those who felt it is going in the wrong direction were in the minority at 21.4%. 32.2% told NAM they were “unsure,” but it is in our nature to hope for the best and prepare for the worst. Read on!

Towards the end of Summer in 2017, California, Texas and Indiana had the most manufacturing jobs. Michigan, Illinois, and Minnesota also hold a significant batch of these jobs.

Over 12 Million occupied jobs in the USA are in manufacturing. The industry is the 6th biggest form of employment/creator of jobs in the country. $2.2 trillion comes from manufacturing towards our economy, according to the August issue of Today’s Medical Developments. 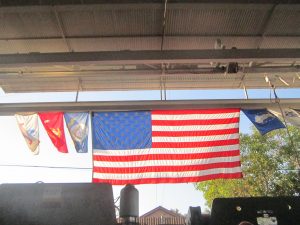 The impact of Hurricanes Harvey & Irma in 2017, unfortunately, affected more than the manufacturing communities in Florida & Texas.

According to the October 2017 issue of Today’s Motor Vehicles Magazine, there is a reported $4.9 Billion in car value loss. 600k cars need to be replaced because of these storms.

Looking with a “glass half full” mentality, the demand for new vehicles will be up through Q1. If you manufacture car parts or components, this is a factor that could sway your productivity in 2018.

One major goal of manufacturing operations in America is to address a major skills gap. While we wait for skilled workers to come from schools or apprenticeships, automation can be used to fill in the blank spaces.

The question is, will decision-makers look at it that way?

“There is an unfounded phobia about automation that exists in the machining world,” says Udo Jahn of Modern Engineering in the July 2017 issue of Modern Machine Shop.

“Automation is a naughty word in some machine shops. Shop owners think implementing forms of it, including robots, is too complicated, and employees think it going to steal their jobs and send them to the unemployment line.”

“There is a lot of misinformation out there about automation,” Udo continues. “I have been told even by some salespeople representing the technology that in order to use it in my shop, I need high part volumes and that the implementation of this equipment will be difficult.”

“However, I have seen significant changes in both of these areas…high volumes may have been required in order for a shop to justify it, but that is no longer the case,” says Udo. “Successful implementation of automation now costs a fraction of what it once did.” 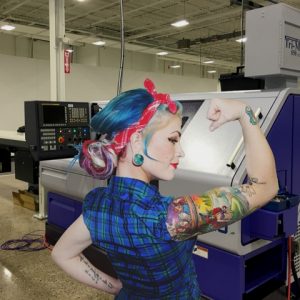 Taking part in Industry 4.0 and IIoT is another goal for manufacturers to pursue. Raj Batra, President of the Siemens USA Digital Factory Division says there will be 1 trillion devices connected by the year 2030.

Brothers stated that 91% of the top 100 manufacturing report concerns about information technology (IT) systems and infrastructure.

“Automation begins with an understanding of whether the intended machining process is stable enough for the change,” says Andre Ey, the President of Makino Die Mold & EDW Technologies, via the October 2017 issue of MoldMaking Technology.

“Enlist an experienced application and engineering services provider to help determine the most appropriate machine tool and automation options. The services provider can help a shop to capitalize…and raise its competitiveness by overcoming process challenges and increasing the use of its equipment, shop floor, and labor.”

If you are ready to increase productivity by capitalizing on changing trends and technology in American manufacturing, contact us! Call (877) 611-5825 or fill out our contact form