We know that results from a machine data collection case study are imperative before making such an investment. We are pleased to announce a new one from Manufacturing News.

Our customers at R&D Manco have been featured on all regional issues of the publication. The article focuses on results from using Predator MDC from Shop Floor Automations.

Kevin Beach, the General Manager, is responsible for machine productivity and tasked with optimizing utilization. He decided to look for ways to implement an OEE solution with his existing equipment. The buzz about IIoT and OEE was definitely an attractive direction for him to proceed with.

R & D Manco of Phoenix Arizona began in 1964 with owner Virgil Manion. It was then purchased by Chuck and Patricia Wyckoff in 1972. They started a sister company, R & D Specialty, in 1984.

After a series of events where the main company was sold, ownership shifting back and forth, the two shops merged. Chuck and Patricia named the combined shops R & D Specialty/Manco in the 1980’s. The company name would be shortened to R & D Manco in 2016.

In late 2017, the shop began a pilot program of Predator Machine Data Collection (MDC) on three machines. SFA, a Predator Software reseller and manufacturing integrator, implemented the machine monitoring system and was able to shed light on their current utilization rates. 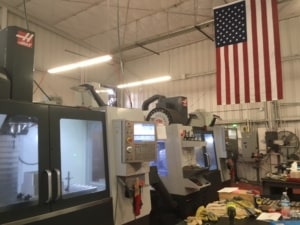 When we visited an organization changing lives in nearby Santee CA, we were very affected by what we saw. This is why we wrote about Rise Up for Modern Machine Shop. We were happy to see they have featured the organization on their blog.

From their blog,  regarding Shop Floor Automations’ first visit:

Visitors from the industry are often inspired by what they see and hear at Rise Up, Mr. Greeves says. A good example he cites is a recent visit by Greg Mercurio, president of Shop Floor Automations, a manufacturing integrator based in La Mesa, California.

Mr. Mercurio heard about Rise Up while planning activities to mark his company’s 20th anniversary. “I was looking for a special way to mark this milestone by giving something back to the industry and the community,” he says.

“I was intrigued by the concept behind Rise Up because it touches two key concerns of mine—the skills gap that is holding back U.S. machine shops and the false impression held by many people outside our industry that factories are dark, dirty dungeons.” 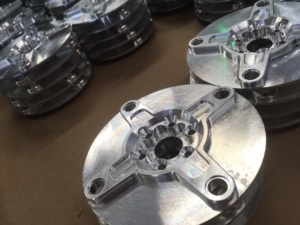 Mr. Mercurio spent two hours touring the facility and talking to managers as well as trainees currently in the program. “The experience changed my perception,” Mr. Mercurio recalls.

“I thought we could help by simply donating one of the solutions that Shop Floor Automations offers to the machining industry. As it turned out, the Rise Up machine shop wasn’t far enough along in its development to be ready for any of these solutions.” Mr. Mercurio offered a cash donation instead. 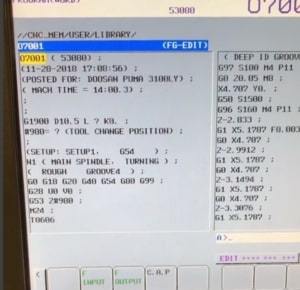 CAD CAM software is a powerful shop floor tool. There is a long-term problem most users don’t consider. What happens to the programs that the software produces?

“CAD CAM makes these beautiful models, then it produces G-code. What’s going to happen to it?” This question was posed by a Shop Floor Automations (SFA) spokesperson on the Manufacturing Engineering podcast.

“It’s going to go onto these USB sticks. You have all of these portable media going around the shop floor, or it’s sitting on someone’s computer.”